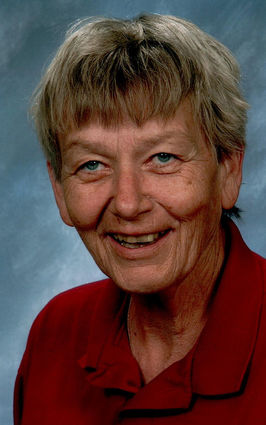 Deanna M. Bleyle was a strong, generous, independent woman and some might say a pioneer. This was the woman who brought comfort and love without strings attached, who was caring and kind but at the same time could be brutally honest when needed. A woman who was dearly loved by her family and friends.

Deanna Mae Bleyle was born April 9, 1943 in St. Francis, Kansas to Karl John and Gwendolyn Maxine (Smith) Bleyle. The family moved to Scottsbluff and Deanna graduated from Scottsbluff High School with the Class of 1961.

Her secular work experience included teaching third grade for two years in Schaumburg, Il. She taught as an assistant professor for two years at the University of Northern Colorado in the subjects of general psychology, adolescent psychology issues of modern psychology, and educational psychology. She served as youth director part-time while working on a doctorate in counseling and guidance at the University of Northern Colorado. She was an associate minister at Greeley from 1972 – 1979 where she was a member of the Rocky Mountain Conference Board of Ministry, served one year on the Commission on Status and Role of Women, and was a member of the Greeley District Committee on Ministry. She became a full member and was ordained an elder in the Rocky Mountain Conference in June of 1973.

Deanna was the first woman district superintendent in the history of the Rocky Mountain Conference when she was appointed the superintendent of the Cheyenne District of the United Methodist Church in 1979. Through her impressive combination of Christian commitment, personal talents, professional training and skills plus intensive experience in parish ministry she was considered the ideal candidate. She also served as a minister in the churches at Green Mountain of Denver, CO, and Laramie, WY.

In 1991, she established Mountain Haven Inn and Cottages in Estes Park, Colorado, and ran this business until 2001.

She was affectionately known as Aunt "Punk" by her family. She loved dogs, her family and friends, fishing, golfing, was an avid reader, and enjoyed watching western movies.

Deanna passed away on Saturday, August 17, 2019, at the Kimball County Manor.

Deanna is survived by her brother Donald (Mary Ann) Bleyle of Lakewood, CO; sister Pat Biesecker of Dix, NE; and numerous nieces, nephews, including great and great-great nieces and nephews.

A graveside funeral service will be held at 10:30 a.m. on Saturday, August 24, 2019, at Fairview Cemetery in Scottsbluff with Don Bleyle officiating. In lieu of flowers memorials may be given to Kimball County Manor for C.N.A. Training or the United Methodist Church Relief Fund. Online condolences may be left by visiting her tribute page at http://www.cantrellfuneralhome.com . The services for Deanna have been entrusted to the Cantrell Funeral Home.