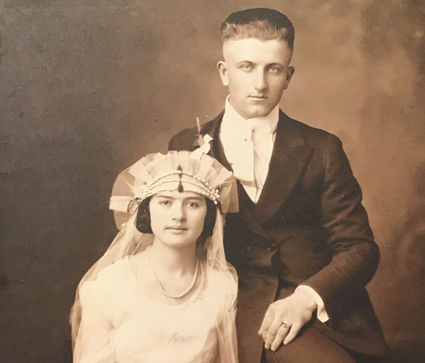 Lukassen Family / For The Observer

Fred and Martha Lukassen pose as newlyweds in January 1921. Nearly a century later, the Lukassen family has been recognized as a 100-Year Farm Family.

The Lukassens were reconized at the Kimball-Banner County Fair as a 100-year farm family.

This is their story.

Theodore Lukassen was born in Holland in April 1864. At the age of 18 he came to the United States from Amsterdam on the ship Scholden. His sister, Wilhelmina, or known as Minnie, accompanied him. They came to Nebraska and settled in Butler County in 1887.

As a newcomer to Nebraska, he worked for several local farmers, and for the North Western Railroad, from Fremont to Hastings. In 1917 he built a new house in Butler County.

He married Anna Kosch and they had four children –...