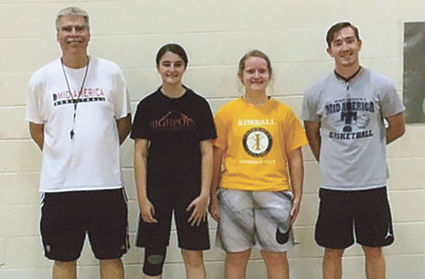 Meanwhile, Nicklas was a nightly rebound leader in Girls Major League, along with Emery Wineman of Scottsbluff. Nicklas also was an all-star.