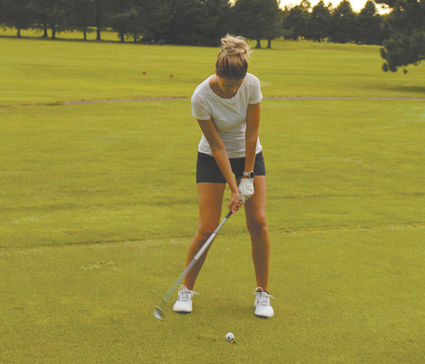 Brooke Daum keeps her head down and uses a short iron to get onto the green.

The Women's Golf Association League Week 9 completed the regular season for the women.

Pattie Klinginsmith just keeps getting better and better. She rocked the course Wednesday with a great round of 41.

Shellon Anderson's low net of 31 combined with low putts of 12 were awesome.

Anderson holed out for a birdie on hole 3 and Darla Evertson and Klinginsmith had birdies on 5 and 6, respectively.

August 7 was the Battle of the Sexes followed by the Horse Race and the Solheim Cup.