Tree Dedicated At Gotte Park In Honor Of Larissa Binod 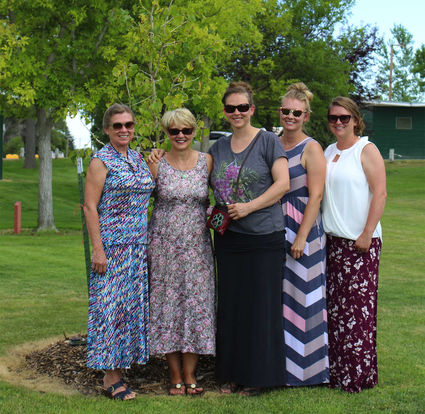 Standing in front of the tree dedicated to Larissa Binod at Gotte Park are, from left, Larissa's mom Marcie McConnell, Kim Burge from the Nebraska Recycling Council, and Tabitha Behrend, Brittany Smith and Carinda McConnell, sisters of Larissa. Below: a portrait of Binod. "Hopefully, it will be as beautiful a tree as Larissa was a person," says Jim Shoup of the city staff.

And she will be remembered.

Kim Burge visited from Valentine to represent the Nebraska Recycling Council and help dedicate a tree in Kimball to honor Binod for years to come.

The tree, a Turkish hazel nut, was planted in Gotte Park and has a plaque to honor Binod, who died this year at 37 after a battle with brain cancer.

Binod ran the Kimball Recycling Center for a number of years and believed in recycling and the sustainability lifestyle.

Jim Shoup of the city's street department picked the tree that will help the memory of her endure.

"If we keep it trimmed up, it will spread out and provide a lot of shade to a lot of people, and it will put on a hazel nut in the fall," he said. "Hopefully, it will be as beautiful a tree as Larissa was a person." 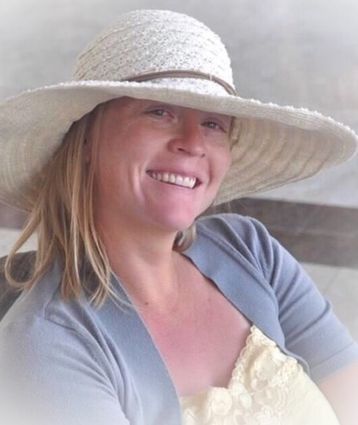 "It will put on red blossoms in the spring," he said. "It will be a pyramidal shaped tree.

Binod was born June 6, 1981, in Davenport, Iowa. She grew up in Kimball and attended the University of Northern Colorado, where she received her bachelor's degree in business administration.

She was an environmental educator and lifestyle architect in the Kimball and Ogallala areas.

Her obituary in the Western Nebraska Observer included this request: "In lieu of flowers, please plant a flower."

In Kimball, her admirers planted a tree.