The Circus Comes To Town! 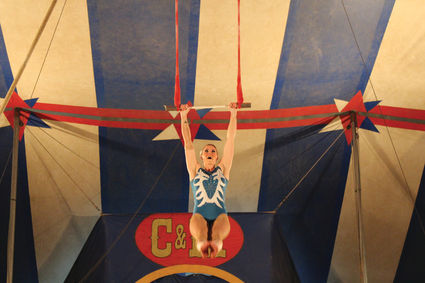 The daring, acrobatic and high flying show up on the trapeze won over the Kimball circus crowd.

From the early morning hours to just after nightfall, the Culpeppeer & Merriweather Circus put on a show for local folks Thursday, July 18, in Kimball.

As a fundraiser for the upcoming Farmer's Day, event organizers hoped lots of area residents would fill the big top - and that they did.

The day opened up with workers setting up the big tent on the high school grounds, which was followed by a tour. Adults and children were able to see the lion and tigers before the gates opened later that night.