By Daria Andersen-Faden
The Observer 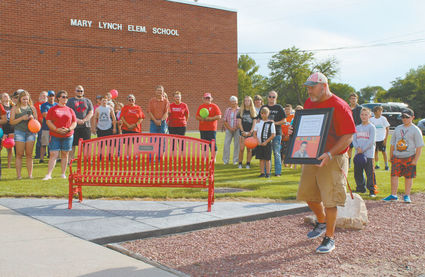 A special dedication ceremony was held this past week for Jim Reeves, a counselor at Mary Lynch Elementary School, who passed away during the school year.

Reeves' family was on hand to participate in the dedication of the memorial bench placed in front of the school.

Dane Wurdeman explained the significance of a travelling award that Reeves gave weekly to the most well-behaved class.

Reeves' sister, Lynn Reeves-Weber, and his brother, Steve Reeves, accepted the traveling class trophy and a couple of his...