Kimball Takes Sixth Playing With The Big Schools At Scottsbluff 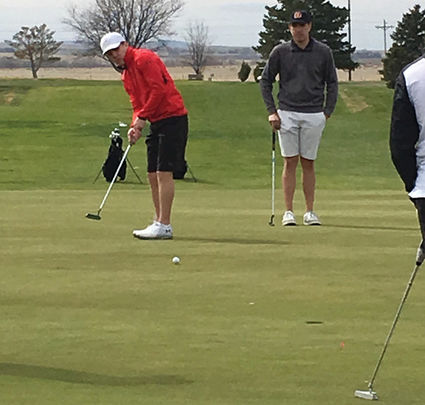 Longhorn linksman Zane Anthony putts during his third-place round of 81 at the Morrill Invitational Tournament, which the boys from the southern Panhandle won.

Kimball's Dillon Wise played himself into a three-way playoff for individual top honors at the Scottsbluff Country Club Course. Wise, along with Ethan Cates of Cheyenne Central and Blake Danni of Cheyenne East.

Dillon ended up third with a solid day of golf on...