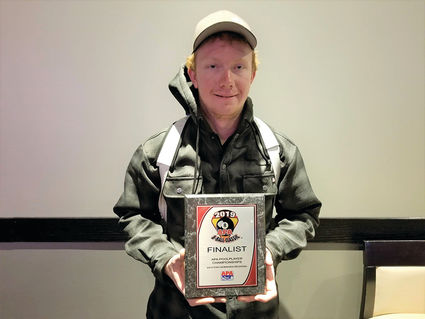 Seth Krafczik from Kimball, pictured at right, will travel to Las Vegas in early May to compete in the $360,000 APA 8-Ball Classic Singles Championship, held annually at Westgate Las Vegas Resort and Casino.

Krafczik earned the trip after winning his tier in the Western Nebraska APA Singles Regional Championship held in Kearney.

The 8-Ball Classic is a part of the $700,000 APA Poolplayer Championship events that host over 2,500 players from all over the United States, Canada and Japan.