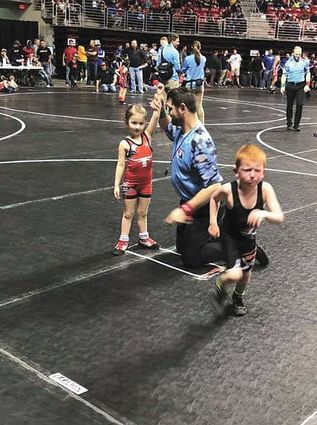 Yet another big weekend of youth wrestling wrapped up Sunday afternoon, March 17.

The Nebraska USA State Tournament was held in Grand Island with nearly 200 teams in the state competing for titles. Kimball Wrestling Club, the Banner County MatCats and the Tri-State Grapplers all had wrestlers who qualified during the District 1 tournament March 2 in Scottsbluff.