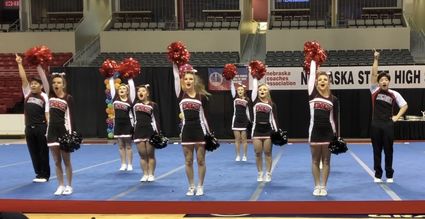 The Kimball Cheer Team took home two State titles this past weekend at the Nebraska State Cheer and Dance competition.

The Kimball Cheer team competed at the Nebraska State Cheer and Dance competition on Saturday, February 16th. The team ousted C2 teams from across the state in both the Non-Tumbling and Game Day categories.

The Kimball Cheer team has brought home six total cheer championships in the eight years that they have been competing.