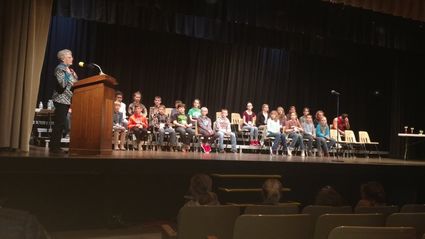 The 2019 Kimball School District Spelling Bee was yet another success with top spellers from the fourth through eighth grades competing for the winning honors.

After a nerve-racking first round, spellers settled into the contest at Harry McNees Auditorium in Kimball High School. In the end, eighth-grader and defending champion Xavier Thomas-Lewis came out on top and seventh-grader Shannen Marks was runner-up.