Coyotes knock off Warriors for their first win 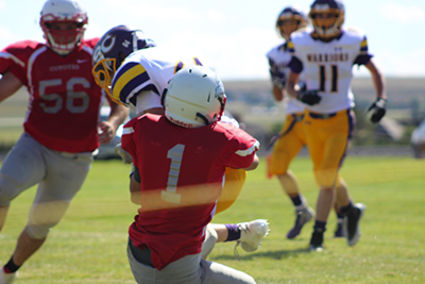 Coach Frerichs has seen his teams improvements in the past few weeks of the 2018 season, but now the Coyotes have their first win under their belts following last year's 1-8 season.

"We struggled in the first half and we were down at halftime," said Frerichs.

The second half of the game was a different story for the Coyotes coming from behind to take a 18-42 win over the Warriors.

"Our biggest improvement was in handling situations, especially in the second half. We showed great...