Kimball Volleyball short on height, plays up to strengths 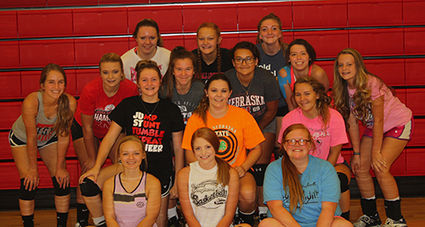 With the absence of last years seniors, Hannah Biesecker and Justine Heeg, the returning starters will be expected to step up their team leadership skills. Her five returning leaders give her a wealth of talent to draw on and she expects their lea...