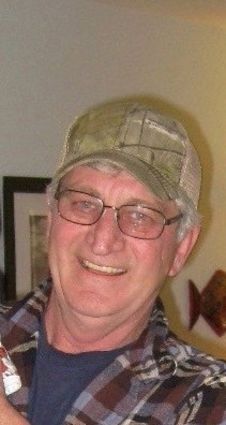 Bret Robinson, 59, of Wasilla, Alaska formerly of Kimball, Nebraska passed away peacefully at home on July 25, 2018 due to a short battle with cancer.

Bret's life was filled with a great sense of adventure, appreciation for the outdoors and huge love in his heart for family and friends. He loved his children dearly but his grandsons were the "apple of his eye". His greatest joy was getting down on their level and spending time with them. Although it will now be through stories and pictures, Bret's grandsons will never doubt their "King Papa" was as tough as nails with a heart of gold.

Bret grew up in Kimball, Nebraska and enjoyed hunting and fishing in the area. He partnered with his dad and brother to start Triple R Well Service in 1981. Wanting an adventure, he moved to Alaska in 1987 to continue a career in the oilfield on the North Slope. After experiencing the economic downturns of oil production in Alaska, Bret attended the University of Alaska Mat-Su and received his degree in Heating and Refrigeration. Ultimately, he started Robinson Heating. Bret's business thrived because of his superior work ethic, customer service and belief in an honest dollar. His white utility van was a recognizable fixture on the roads in the Mat-Su Valley.

Although Bret did not serve in the military his father, brother, and son did. He had a great appreciation for his country and those that served. Bret was always buying silver dollars-not for himself-but to give to our men and women in the military. He would give them a silver dollar and say "carry this with you and always know that we appreciate your service"

While in Alaska, Bret met Janeen Heim and the two were later married.

Bret returned to Kimball every year to spend time with family and close friends. During his last days he enjoyed telling stories of growing up in Kimball and his oilfield days in Nebraska.

Bret was preceded in death by his parents, his brother, Jack, and his nephew, Scott Halstead.

A heartfelt thank you for all of the love and support. Bret was loved and will be missed by so many. We appreciate your kind words and for those that have reached out to the family.