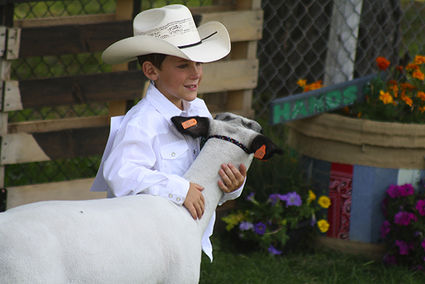 Youngsters from Kimball and Banner County said farewell to their projects on Monday following a full week of hard work and fair fun.

100 years of blue jeans and family dreams at the 2018 Kimball-Banner County Fair. The week started off with the Hay Bale Decorating Contest, round bales were placed throughout the city of Kimball as well as at the fair grounds.

The winners were announced with 1st Place awarded to the Colts & Fillies 4-H Club, 2nd Place to FirsTier Bank and 3rd Place to Hometown Floral. Thanks go out to all the participants! According to the judges it was a tough decision as they were impressed with everyone's creativity.

The fun continued with a new event this year – the Mini Bulls and Mini Broncs ev...