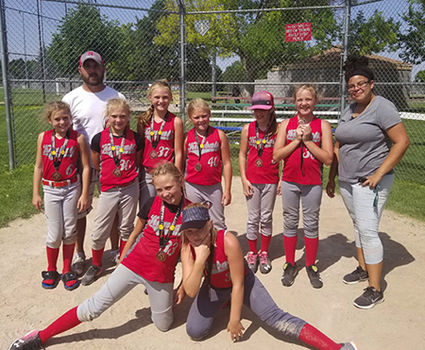 Softball around Kimball is over for the 2018 season, from youth to adult leagues. Your Kimball Girls 10U team finished third for the season and also took third in the end of the season tournament.

The team played 14 games throughout the long season from mid-May to the beginning of July. Kimball lost to just two teams during this season.

For five of the girls this was their first year of softball, and though the season started off as a learning opportunity, it quickly turned into much more.

"We played and practiced two days a week, Mondays and Thursdays, and for most of our girls they had a...