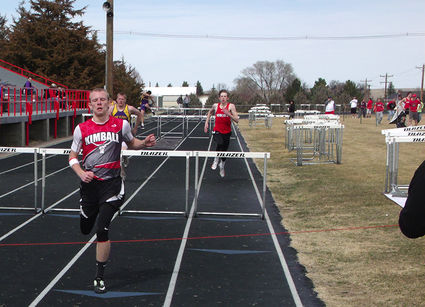 The Pine Bluffs Hornets captured the team championship in both the boys and girls divisions at Saturday's Kimball Track and Field Invitational, with Kimball runnerup in both divisions.

In the boy's division, Pine Bluffs amassed 206 points with Kimball a distant 2nd with 134, followed by Hemingford with 71, Minatare 58, Potter-Dix 25 and Banner County 18.

Two new meet records were established, both in the boy's division, and both by Kimball athletes....