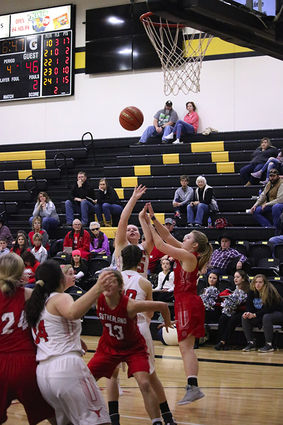 Hershey claimed the championship of the girl's division of this year's SPVA Conference Basketball Tournament with a 36-32 win over top seeded North Platte St. Pat's. Chase County ended up third with their 45-39 win over Bridgeport, and the Kimball Lady Longhorns were sixth in the 7 school field, losing to Sutherland 56-33 in Saturday play. As reported in last week's Observer Sports, the Lady Horns lost their first round game to Chase County 61-39.

Kimball had a good first half against Sutherland and trailed 25-22 at intermission but the Lady Sailors took over in the second half to coast to...