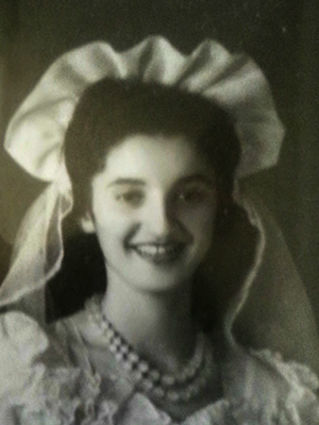 Edith M. True, 89, of Kimball, Nebraska died at Kimball Manor on Monday, December 11, 2017. Memorial service will be held Friday, December 15, 2017 at Kimball Manor in Kimball, Nebraska at 10:00 a.m. and burial will follow at the West Lawn Cemetery in Gering, Nebraska. There will be no visitation and cremation has taken place in accordance with her wishes. Cards and flowers may be sent to Gering Memorial Chapel, 1755 11th Street in Gering. Tributes of sympathy may be left at http://www.geringchapel.com. Gering Memorial Chapel is assisting the family with arrangements.

Edith Marion True was born in Wailuku, Hawaii on November 26, 1928 to Meade and Arsena (Duarte) Thomas. She received her early education in Hawaii. She married her best friend, Roland True on March 5th, 1959 in Scottsbluff, Nebraska. They made their home in Scottsbluff and Kimball. She had three children: Robert Addleman, Richard Addleman, and Barbara Addleman. Edith loved to cook and spend time with her family. She would never let anyone leave with an empty stomach.

Survivors include her sons Robert Addleman and Richard Addleman. Her grandchildren Sheila (Tom) Mendoza, Richard (Stacey) Addleman, Michael Addleman, and Jon Addleman; 10 great-grandchildren and seven great-great-grandchildren. She was preceded in death by her husband and best friend Roland, her daughter Barbara Addleman, her mother Arsena and father Meade.