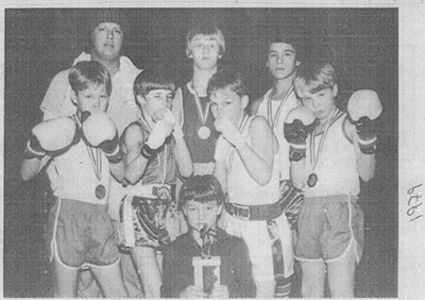 Boxing has been a part of Ed Avila's life since he first put on a pair of gloves at four years old.

In 1958, at his grandmother's house, Ed received his first pair of boxing gloves and ten years later he saw his first Golden Gloves match.

"Boxing was a big part of the family because my grandmother, being a tough German gal, liked the boxing biz," he said.

As a high school student he began boxing, using elephant hide, horse hair gloves that he still has today, and though he did not box much, his love of the sport never waned.

Born and raised in Kimball, Ed left for college soon after gradua...