Bowling tourney had a great turnout this past weekend 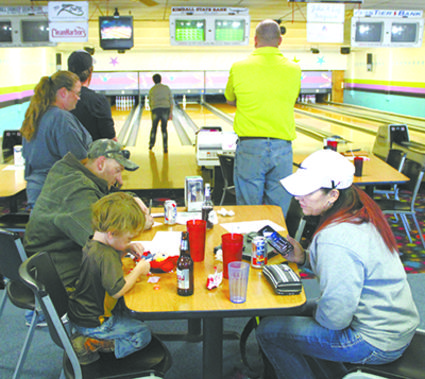 A total of 61 bowlers competed this two day, four round tournament, with single and doubles divisions for men or women as well as a combination.

The pay out was a $1,000 pot to be split between all 300 games, of which there were three. Kelly Garrett of Kimball, Clay Keane of Sidney and Greg McDaniel of Kimball all bowled 300 games and split the pot.

All proceeds benefit events by the Masonic Lodge and due to the success of the first event, organizers plan to make it an annual...