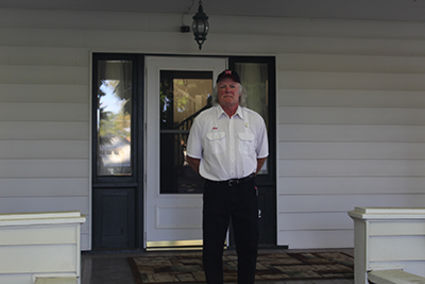 Bob Nagel recently moved to eastern Nebraska to be closer to his kids and grandkids. Nagel retired from the Kimball Volunteer Fire Department just prior to Fire Prevention Week, after serving for 33 years.

After 33 years as an active fireman on the Kimball Volunteer Fire Department, Bob Nagel, has moved on. He and his wife Corrie moved to Lincoln last week to be closer to their children and grandchildren.

Born and raised here, Bob graduated from Kimball High School in 1974 and attended University of Nebraska-Kearney until 1978.

He began his employment with the Farm Service Agency in Rushville at that time, but returned to Kimball in 1984.

Bob married Corrie Schilz, a 1984 grad of Kimball High School, and the two raised their children, Shayla and Shawn here.

He was a member of the Rushville Vo...