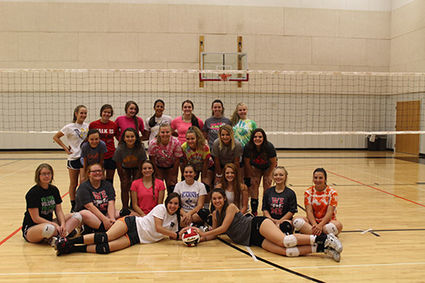 Though the Lady Horns made it to sub-district finals in the previous season, returning head coach Jeri Ferguson is pushing the team to play more consistently this season and take the team to the top.

Joined by assistant coach Erin Monheiser, Ferguson has a group of energetic, talented athletes that are ready to compete.

"I'm really happy that Erin is back with us again, she is a big piece of the puzzle," Ferguson said.

After two weeks of practice, Ferguson said she still is not ready to say who will be starting.

"It is that close of a competition," she said. "That's also what makes a good t...