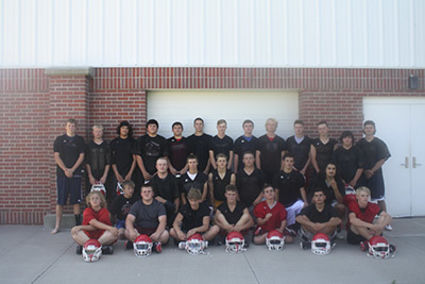 The Kimball Longhorn football team returns from a disappointing 1-8 season with high hopes and a new coach, Ben Aarestad, who brings with him a 17-23 career record. Assisting Aarestad on the field are Gene Mohr, Luke Dea and Jarrod Williams.

"Paycen will be our most consistent lineman this year," Aarestad said. "Kole will be a versatile player, as he will be playing wide...