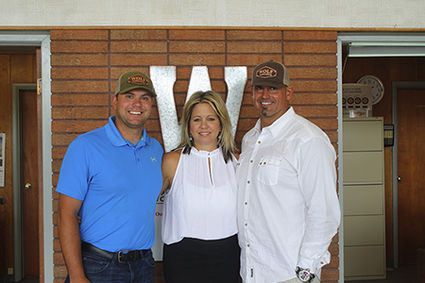 Michael Petko, Jr., left, stands with Denise and Mike Petko at Kimball's Wolf Automotive. They are managing the local dealership for the family business.

"Small Town Strong" is more than a motto, it's a way of life and for Kimball's Mike and Denise Petko, it's the way of life demonstrated in every way throughout the community of Kimball.

Born in Anaheim, Calif., Mike Petko came to Nebraska when he began his career as a rising football star. At the age of 18 Petko packed up and headed to Lincoln on a football scholarship to play for the Huskers.

During his freshman year at UNL, the first time he saw his wife Denise and told his friends he "needed to go meet his future wife." The two were married in 1991 and following college he was drafted to...