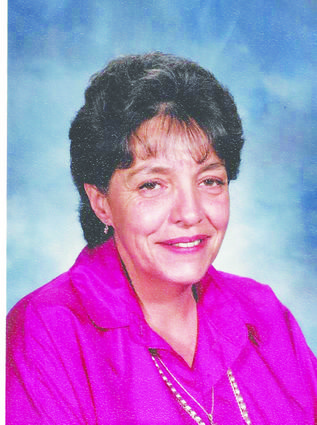 Merceda Dietz, 79, of Kimball, died at Kimball Health Services on Tuesday March 7, 2017. Services for Merceda will be Saturday March 18, 2017. Inurnment will be held at the Kimball Cemetery at 10:00 a.m. and Celebration of Life Services will be at Trinity United Methodist Church at 11:00 a.m. Pastor Carla Gunn will be officiating. Friends may visit http://www.cantrellfh.com to view Merceda's Tribute Wall and leave condolences for the family. Memorials may be given to St. Labre Indian School, Trinity United Methodist Church or the Donor's Choice. The services for Merceda have been entrusted to the Cantrell Funeral Home. Cremation has taken place at her request.

Merceda "CD" Dietz was born and raised in South Dakota and always felt connected to the Black Hills. She was born on April 16, 1937 in Belle Fourche, SD to William E. "Bill" Scheib and Helen Dyer Scheib. At an early age the family moved to Spearfish, SD, where she lived until she graduated from high school in 1955. She then attended the University of Wyoming in Laramie where she met her lifelong love, Harley Dietz. They were married September 7, 1958 in Spearfish, SD. In 1959 Merceda graduated from the university with a bachelor's degree in music education and a minor in art. She and Harley moved to Kimball, NE. Two years later they started their family with the birth of Kenneth Jay and 10 years later, Bonnie Jo. After moving to Kimball, Merceda taught elementary music for two years. She then taught junior high and senior high school art. Over the years, Merceda had a hand in numerous creative projects in the community. She designed the original Kimball Longhorn Logo that many of us would recognize. She also designed the Kimball Centennial Coin, which contributed to the City of Kimball logo that is still used today. As the school's art teacher, she headed and helped with countless projects at the high school and in the community. Her artistic flair was well known. Merceda took pride in her job and in her work with her students. She dedicated 40 years to the school community before retiring in 2000. Even in retirement, she enjoyed mentoring others' creative endeavors. She was involved in various school and community organizations. Some of these include the KEA, NEA, Art Guild and the Kimball County Fair. She served as the senior class sponsor for many years as well. Merceda was also a proud member of the Methodist Church. Merceda loved collecting antiques, including furniture and other vintage collectables. Many of her "finds" are incorporated into her and Harley's old house that has been a work in progress for over 50 years. In her earlier adult years, when she was physically able, she enjoyed gardening. She nurtured a vegetable garden and flower gardens for many years. She also loved music, dancing, singing and even whistling. It seemed like Merceda was always involved in selling merchandise. She was a distributor for Amway products, Lady Venus Cosmetics, HerbalLife food supplements, and during her retirement, Z-Coil footwear. Merceda had a knack for helping several students over the years with their school or personal issues. She took pride in mentoring others, often taking people under her wing. She experienced great joy in these relationships. Merceda will be greatly missed by her friends, her family and her beloved Shih-Tzus, Tag and T.J.