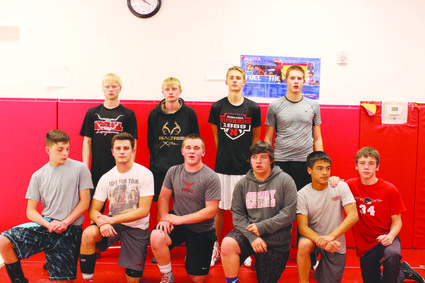 Kimball wrestling coach Wade Brashear returns for a fifth year on the Longhorn mats with several key returning athletes, all of whom lettered in the sport, though the team was affected by several transfers.

"Kimball has several returning wrestlers, but we have been affected by many transfers. However, I intend to have a tough, well conditioned team, as always," Brashear said.

Senior Eric Escajeda, a four-year starter, returns for his final year with the Longhorn club after finishing last season with a 10-16 record, wrestling at 285.