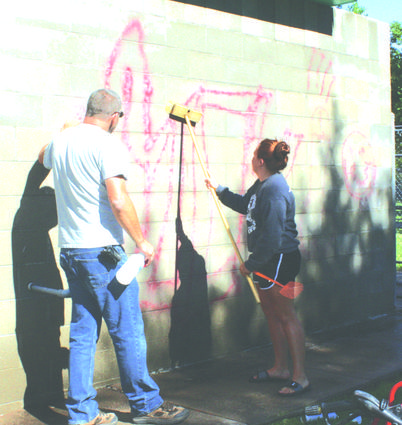 The villain(s) left their offensive artwork on the east side of the Kimball Public Swimming Pool's building, as well as on a personal vehicle located on South Burg Street.

The "artwork" was promptly removed from the public pool building, according to Officer Bremer.

Bremer added that he would like the community to come together and be vigilant for people that are out walking at odd times and may look suspicious, and to call and report the suspicious activity to the police by calling 308-235-3608, or 911.

Additionally, two local business were vandalized and had some property stolen last month. The police department is continuing to work on leads for that particular case and are asking for the public for any and all information they may provide to help bring those responsible to justice.