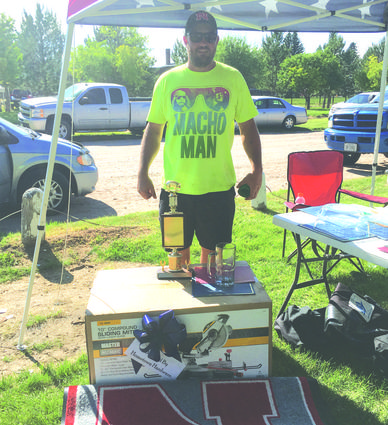 Mitch Brown of Kimball took first place in the ribs event at the 13th Annual Ribs and More cookoff, followed by Mike Sellers in second place and Jowain Sherman in third. Brown also placed second in the baked beans.

Bemis Drug made a generous donation and the event was co-sponsored by Kimball Health Services.