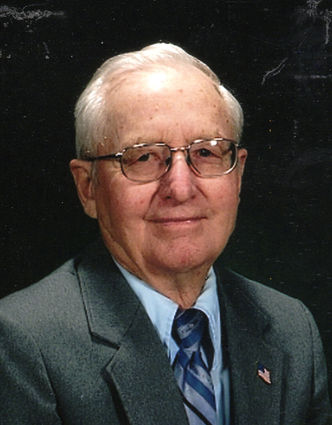 Wesley M. Phillips, 88, of Bushnell, went to be with the Lord on March 31, 2015 after having complications with pneumonia.

Friends may stop at Cantrell Funeral Home on Thursday, April 2, from 4-6 p.m. to sign the register book and leave condolences for the family.

Please join us in celebrating Wes's life at 10 a.m. on Friday, April 3, at Calvary United Methodist Church, located at 209 3rd Street in Bushnell. Burial will be at the Kimball Cemetery with military honors performed by Kimball VFW Post #2243.

Friends may visit http://www.cantrellfh.com to view the obituary and leave condolences for the family. Memorials may be made in Wes's memory to the Calvary United Methodist Church in Bushnell or Kimball County Manor. The services for Wes have been entrusted to the Cantrell Funeral Home.

Wes was born on Feb. 14, 1927, in Bushnell, to Lewis and Venda Phillips. He grew up on a farm south of Bushnell, riding a horse to a county school and in the summer he herded sheep on the same horse. Wes enlisted in the U.S. Army in 1945 and was stationed in Italy before returning home in 1947 to the same farm to spend the rest of his life. He married Esther May Wood on May 13, 1950. They raised three daughters and enjoyed almost 65 years together. Wes was very active in the community as he was a lifetime member of the Calvary United Methodist Church, where he served as financial secretary for over 50 years. He served as a Lions Club member for over 50 years, was a Farm Bureau member, he served on the Kimball County Manor Board, the Kimball County Hospital Board and was a District 22 County School Board Member and Plains Historical Society member. His passions in life were his wife Esther, his farmland, and the heritage he left for his children and grandchildren.

Wesley was predeceased in death by his wife Esther by three months.