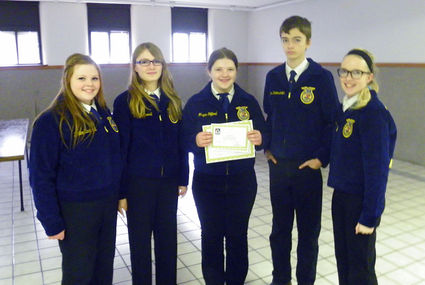 The Banner County FFA tied for the top spot in the soils test at the Western Region Envirothon competition.

A team from Sidney took the overall title after winning six of seven categories and will represent the Panhandle in the Nebraska Envirothon Contest near Cozad at Camp Comeca on April 29. The first place team comprised of Skylar Arent, Tanner Nienhueser, Theda Parker, Logan Uhlir and Ryan Birner earned the state berth at the contest held at the Prairie Winds Community Center.