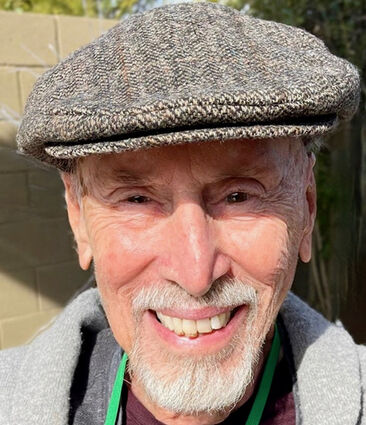 Robert John "Bob" Pinkerton passed away in Anthem, Arizona on January 22, 2023, at the age of 90. Bob was born in Madison, Nebraska on July 28, 1932 to John L. and Vesta (Cronin) Pinkerton. He and his family moved to Kimball, Nebraska when Bob was an infant so his father could open a dental practice there. Bob graduated from Kimball County High School in 1950 and from the University of Nebraska in 1954, where he majored in Journalism.

Bob married Carol Jean Patterson, a fellow University of Nebraska student, on July 24, 1954. Prior to college graduation, Bob received a commission as Second Lieutenant in the U.S. Air Force and he and Carol reported to duty at Lackland Air Force Base in San Antonio, Texas in the summer of 1954. Bob and Carol welcomed daughters Becky and Pam there. The family returned to Kimball after Bob's two-year stint in the Air Force, and Bob began his long career at The Western Nebraska Observer. Daughters Linda and Sherry were born in Kimball, leaving Bob surrounded by a household full of females.

In his spare time, Bob loved loved to golf, and enjoyed skiing, walking, traveling and tinkering in his garage. He was an avid Nebraska Cornhuskers fan. In later years, he split his time between Kimball and Anthem, Arizona, before making Arizona his permanent home in 2015. If you knew Bob, you knew that one of his greatest gifts was his sense of humor, and he enjoyed a good laugh until the end.

Memorial donations may be made in Bob's name to the Kimball Hospital Foundation, 505 S Burg Street, Kimball, Nebraska, 69145, or online at kimballhealth.org.