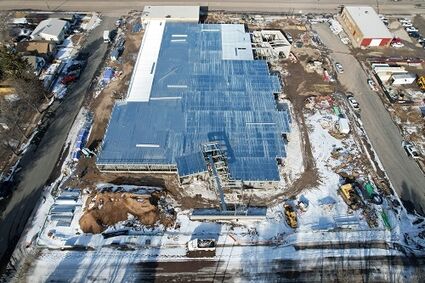 Electrical connections at the new Kimball hospital site have been completed, and roof decking is nearly done. Top photo: the latest aerial shot.

Construction carries on as Kimball's new $43.5 million hospital continues to take shape, but this area's harsh winter weather may have slowed the development a bit.

"The project has experienced about a week's delay due to the snowy conditions this winter," Kerry Ferguson, Kimball Health Services director of community and foundation, told the Observer on Monday. "Hopes are we can make up this time later in the project."

Prior to the weather delay, hospital officials said construction remained on schedule for November completion. 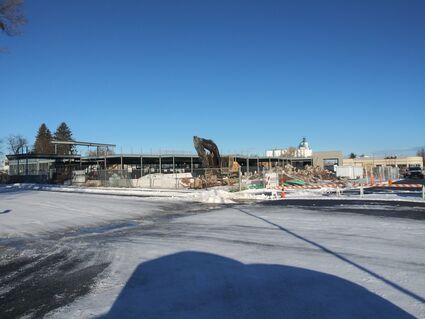 Meanwhile, the new structure's appearance is ever-changing as construction moves along.

Ferguson added that roof decking is nearly completed and framing of the exterior walls is well under way.

He said sheeting will go up next, enclosing the structure and enabling work to continue inside, even when it's snowing.