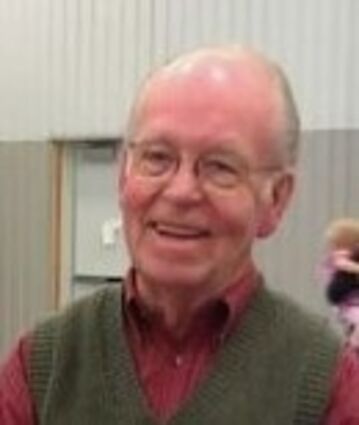 Melvin Eugene Knoedler, 89, went to His Savior peacefully on Tuesday, December 6, 2022 at Monument Rehabilitation and Care Center in Scottsbluff, Nebraska. His funeral service was held on Monday, December 12, 2022 at 10:00 a.m. at Calvary Lutheran Church with Pastor Brett Vander Berg and Pastor Al Wilson officiating. Services were live streamed through Calvary Lutheran Church's Facebook page. Interment followed at Sunset Memorial Park with military honors. Visitation was planned for Sunday at Dugan Kramer Funeral Chapel from 2-4 pm. Memorials may be given to the Calvary Lutheran Church. Fond memories and condolences may be left at http://www.dugankramer.com.

Melvin was born on July 8, 1933 to Paul and Velma (Stull) Knoedler in Kimball, Nebraska. He grew up on a farm in Bushnell, Nebraska until he was 18. He graduated from Kimball High School in 1951, and was drafted into the US Army later the same year. He served 3 years in Japan during the Korean War as a military police officer. He was honorably discharged in 1954. He began working for Town & Country Market as a butcher. He met the love of his life, Deanna "LuVerne" Wilson in 1957, and they were married on July 5, 1959 in Scottsbluff. Three daughters blessed their union, Vicki, Julie Anne, and Brenda. He began his long career in the bread business with Debus Bread in 1959. The company later sold to Metz Baking Company, and again to Old Home Bread Company. He was a route man for 17 years, running his route throughout Scottsbluff, Mitchell, Torrington, Lingle and Lusk. Lots of early mornings starting at 4:00 am loading his bread truck for the day's route, and ending at 5:30 pm to come home for dinner. He was in bed by 8:30 pm and no one dared to wake him up. He was promoted to the supervisor position in 1976, until he retired in 1998.

Melvin was never a man to sit still for very long. After retirement, he kept himself busy with volunteer work at his church, Calvary Lutheran Church. When he began his volunteer work, the church had a thriving day care, which kept Mel busy making sure everything was in good working order. He also took care of the yard during the summers and snow clearing during the winters. He was also on the Board of Trustees at the church maintaining the building inside and out. If he wasn't too busy at the church, Mel thought he needed more lawns to mow, so he picked up 4 or 5 in addition to his own immaculate yard. Mel always had a garden and roses to tend to while he was at home.

He was an avid Husker and Rockies fan, and loved seeing them play in person or cheering them on from his comfy chair in his man cave. He was a strong man of God, instilling his faith in his family. He was an amazing example of strength, kindness, respectfulness, intelligence and loyalty.

He also is survived by his sister Kathy (George) Van Pelt of Harrisburg, NE; sister-in-law Barbara Nielsen of Gering, sister-in-law Janet Wilson of Scottsbluff and many nieces and nephews.