By Cory McManigal
For the Observer

Longhorns 10th Of 25 At Mullen Invite 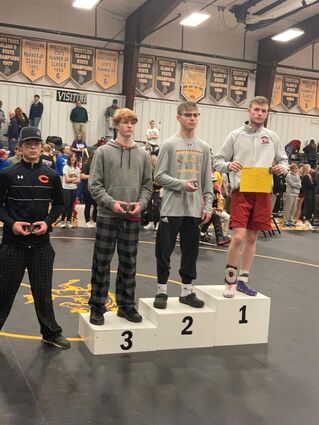 The Kimball Longhorns wrestling team traveled to Bayard to take on the Tigers on Thursday, Dec 1.

There were 4 matches contested:

The Longhorn wrestling team made the long trip to Mullen on Saturday, Dec 3, to take part in a 25-team invitational.

The Longhorns placed 10th out of 25 teams, scoring 40 team points.

The team was led by Senior James McGinnis, who had a first place finish.

Freshman 106-pounder Maison Holmes made his high school debut and competed hard, but went 0-2 on the day.

Results for the tournament:

Round 1 – Maison Holmes was pinned by Nolan Dueker (Bayard) 1:12 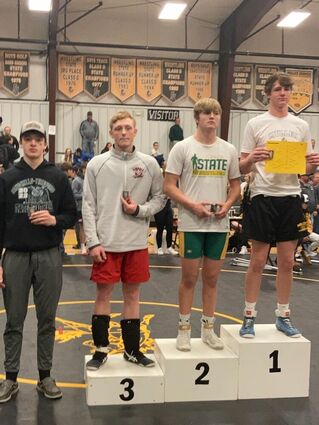 Next up for the Longhorns are visits Dec. 9 to North Platte St. Pat's and Dec. 10 to Cheyenne East.