Veterans Get Their Day, Hear From Retired Army Colonel 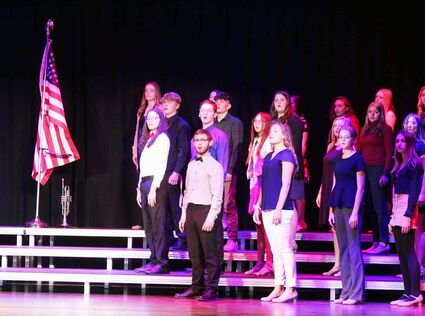 Master of Ceremonies Charolette Hargreaves and Emma Patterson introduced the participants to the Nov. 11 event in the high school auditorium.