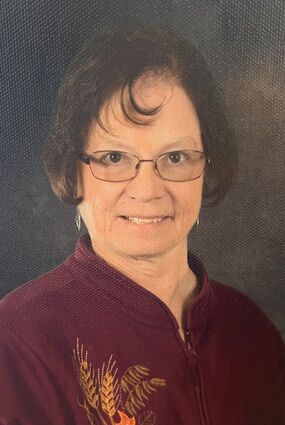 LaVerne Elizabeth Gadeken, 77, of Scottsbluff, died unexpectedly, Friday, September 23, 2022, at her home. A graveside service will be held at 2 p.m., Saturday, October 1, 2022, at the Kimball Cemetery. Cremation has taken place. Memorials may be made to Regional West Women's Center in honor of LaVerne. Online condolences may be expressed by visiting http://www.reverencefuneralparlor.com.

LaVerne was born October 25, 1944, in Kimball, Nebraska to Clyde and Grace (Bradt) Gadeken. She graduated from Bushnell High School in 1962.

LaVerne furthered her education at Westmar College in Le Mars, Iowa. She graduated in 1966 and then joined the Peace Corps and served in El Salvador. She returned to the states and began working for the Bureau of Indian Affairs in Gallup, New Mexico for a few years teaching high school.

She traveled to Montana where she met Michael Cooke. The couple soon moved to Alaska, where LaVerne worked at a ski resort and bakery. They both later worked for the Alaska Department of Tourism for a short time. LaVerne and Mike purchased a home on the Kenai Peninsula, and she worked at various restaurants. She also volunteered at the women's center on the Prudhoe Bay doing dietician work. LaVerne decided to advance her career by earning a Master's degree in nutrition from the University of Washington.

LaVerne and Mike eventually moved to Scottsbluff so she could help care for her parents. She became employed at Regional West Medical Center as a dietician with certification in diabetic counseling.

She enjoyed cooking and sewing in 4-H. She was a talented pianist in her early years. Laverne and Mike were adventurous and both like traveling and exploring new places before Mike's health declined. LaVerne was a unique lady who always had a joke or a story to share. She loved her niece and nephews.

LaVerne was preceded in death by her parents; in-laws, Donald and Merriam Cooke; and sister-in-law, Judith Steele.