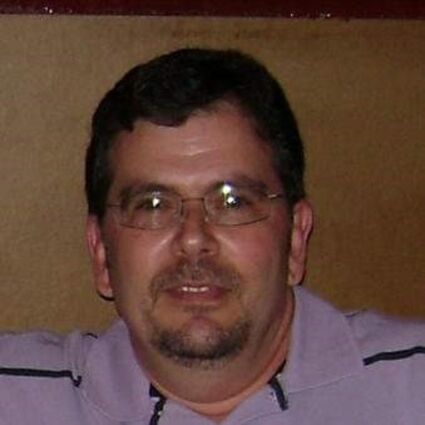 Robert C. Arraj, 62, of Gering, Nebraska, passed away Friday September 16, 2022, at UC Health in Highlands Ranch, Colorado following a short fight with lung cancer. A memorial service will be held at 10 a.m., Monday, September 26, 2022, at Reverence Funeral Parlor in Scottsbluff, with Pastor Charlie Hornick officiating. Cremation has taken place in accordance with his wishes. The service will be livestreamed and recorded to Bob's obituary page viewable at http://www.reverencefuneralparlor.com. Memorials may be made in care of the family,

Bob was born August 15, 1960, to Robert and Eunice Arraj in Kimball, Nebraska. He grew up in Kimball and graduated from Kimball High School. He married Marietta Bartling on June 20, 1987.

He worked as a waste water treatment operator in Kimball for several years. Many people in the community knew him as, "Karaoke Bob". He entertained the surrounding areas with music which was something he loved. He appreciated all of his karaoke singers.

He had a lot of health issues over the years but did his best to overcome them and still enjoy life. Bob loved his family very much. His grandson, Zacarie, brought him so much joy.

He was preceded in death by his parents; grandson, Zacary Maestas; and sister-in-law Laurie Bartling.