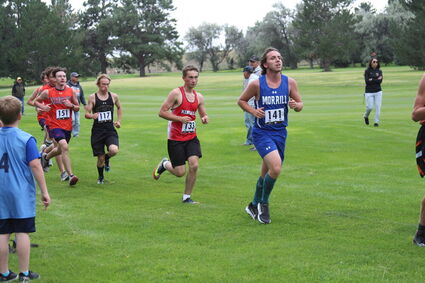 Braylon Miller cruised to 19th place at the Kimball Invitational XC meet at the Four Winds Golf Course. Braylon was the top runner for Kimball.

It was a beautiful cool day for the 2022 Kimball XC Invitational at the Four Winds Golf Course.

The invite combined middle school and high school runners from eastern Wyoming and the Panhandle of Nebraska.

This is her first year of high school competition. With almost 50 girls competing, Shannen placed 32nd with a time of 26.46.62.