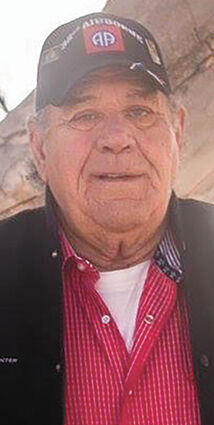 Friends may also visit http://www.cantrellfh.com to leave condolences and stories for the family. Memorials may be given in Dan's memory to the Kimball Eagles or Kimball VFW. The services for Dan have been entrusted to the Cantrell Funeral Home.

Daniel Lee McGinnis was born in Denver on April 27, 1948, the son of James and Ruth (Hobbs) McGinnis. He lived in Denver and then at an early age he moved to California with his family. They moved back to Denver where he attended school. He enlisted in the U.S. Army and served two tours in Vietnam.

Dan was married to Linda Culek in Kimball on November 7, 1970. They lived in Granby, Colorado for a short time and Dan worked as a Deputy for the Granby County Sherriff. They moved back to Kimball and Dan worked for Stan Pearson doing construction. He then purchased his own truck and transported goods over the road. He worked for T.I.C. and then later Paul Reed Construction. He retired in 2019.

He enjoyed having pets, especially his Australian Heeler Bo. Dan enjoyed music and had his own band for many years and recorded his own record in Nashville. He enjoyed camping and spending time with his friends and family, especially his grandchildren.

He was preceded in death by his parents, sister Sharon (Joe) Bowdre and nephew Eric Bowdre.