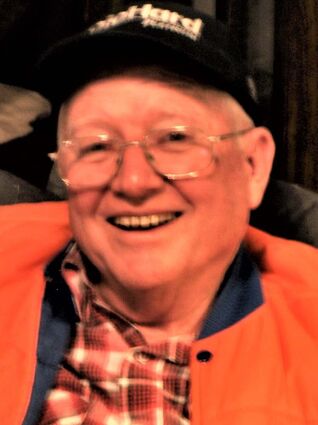 Burial will be held in the Dix Cemetery. Visitation was 9:00 to 10:00 a.m. the day of the service. Friends may visit http://www.cantrellfh.com to view Frank’s Tribute Wall and leave condolences and stories for the family.

Memorials may be given in Frank’s memory to the VFW of Kimball, Lion’s Club of Bushnell or another benevolent organization of your choice. The services for Frank have been entrusted to the Cantrell Funeral Home.

Frank Collins Forsyth was born in Smithfield, Nebraska, on January 11, 1934, the son of George and Erma (Biesecker) Forsyth. He moved with his family at an early age to Northern Colorado around New Raymer, where he received his early education.

Later he moved with his family to Dix and graduated from Dix High School in 1952. Following graduation, he moved to Ft. Collins and attended Colorado A and M, now known as CSU. Frank enlisted in the U.S. Army on August 15, 1956, and honorably served his country until July 24, 1958. Following his discharge he joined the U.S. Army Reserves.

He was married to Kathleen Jo Yellott in Denver on April 11, 1963. Frank worked for the Denver County Sherriff’s office for 43 years. He also attended Metro State College and received a Bachelor of Science degree. Spending time with family and friends was something that Frank enjoyed doing. He was also an avid soccer fan and enjoyed being a referee and coaching youth games. After he retired, he enjoyed traveling with Kathleen on cruises, some of his favorite trips were Disney Cruises, Panama Canal , Alaskan and Hawaiian Cruises.

He was preceded in death by his parents George and Irma Forsyth, brother John Marshall Forsyth and granddaughter Rebekka Jean Forsyth.