THE BOYS ARE BACK

It's On To Practice After Summer Camp For Reloaded Kimball Football 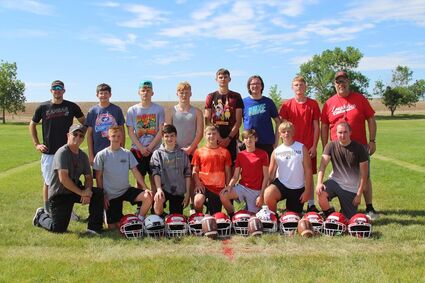 About a dozen students last week attended Kimball High's football camp ahead of the varsity team's comeback season, and the coaching staff is hoping that another 10 or 12 individuals will go out for football when the practices start on Aug. 8. 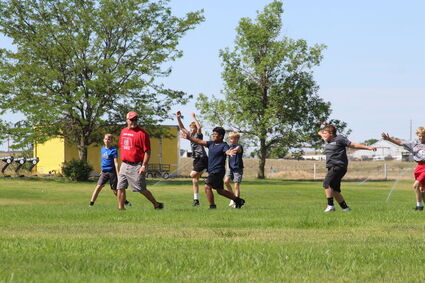 Conditioning starts the week before on Aug. 1.

"We know we were missing at least four or five older kids, and then I think we will see a handful of younger kids show back up," Howitt said.

"I am just thrilled to be here," he said. "I am excited about the opportunity to come back to my alma mater and coach and hopefully be a positive impact here."

Howitt said the Longhorns will be running an option package, stressing that he doesn't need a quarterback who can "sling the ball."

He needs one who can attack.

The restart of the Longhorns football program goes deeper than the high school level. Summer camps also were held for junior high and youth players.