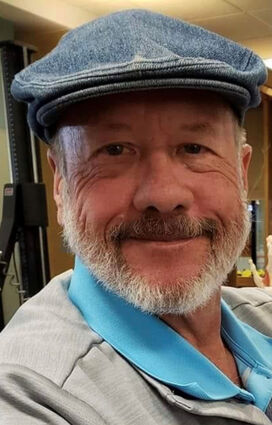 Wade B. Walker, 59, of Kimball, he received his ultimate healing when Jesus called him home on Friday, June 3, 2022. Celebration of Life will be held at 11:00 a.m. on Friday, June10, 2022 at the Cantrell Funeral Home in Kimball with Pastor Alvin Koski officiating. Burial will be held in the Kimball Cemetery. Friends may call at the funeral home on Thursday from 1:00 until 6:00 p.m.

Visit http://www.cantrellfh.com to share condolences and stories with the family. Memorials may be given in his memory to the family or New Hope Assembly of God Church. The services for Wade have been entrusted to the Cantrell Funeral Home.

Wade Bradford Walker was born in Kimball on April 10, 1963, the son of Glen and Marlene (Kuhlman) Walker. He was raised and attended school in Kimball and graduated in 1981. While in high school Wade worked many jobs in the Kimball area, including the Kimball Schools with his future father-in-law Bob Danielson.

He was a hard worker and willing to lend a helping hand to anyone in need. He spent his younger years working in the oil fields around Kimball, as a farm hand in Sidney and at Cabela's DC Center, he traveled the country while working for a phone company, and spent time in Texas with his Uncle Jerry working in construction. In the '90s Wade came back to Kimball and worked at Kimball Public Schools driving school bus and doing maintenance for 22 years.

On June 27, 1992, Wade married Karen Danielson of Kimball and to this union they had two children, Hannah and Jacob. At the time of his death he was working in maintenance at Kimball Health Services, he was the go-to person and would drop whatever he was doing to come help and would do it with a smile on his face.

Wade lived by the saying "Be a team player, go the extra mile, do it with a smile, give your best and be kind."

He enjoyed good food, laughing, and spending time with family and friends, going to the Colorado mountains and fishing with his kids, traveling the country on family vacations driving his kids nuts with his constant stops along the way for Starbucks. He loved life and everything God created on this Earth during his short time with us.

He lived out his faith and is walking the streets of Gold, breathing easy and walking straight. His favorite verse is 2 Timothy 4:7, "I have fought the good fight, I have finished my course, I have kept the faith."