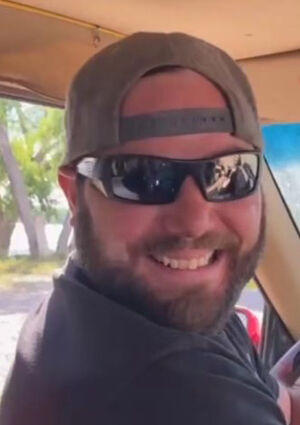 Anthony “TJ” Charles Coffey, Jr., 36 of Kimball died on Thursday, May 26, 2022, as a result of a vehicle accident. Memorial services will be held at 10:00am on Thursday, June 2, 2022, at the Westway Christian Church in Scottsbluff with Pastor John Mullholland officiating. Inurnment will be held at a later date; cremation has taken place. Friends may visit http://www.cantrellfh.com to leave condolences and stories for the family. Services for TJ Coffey have been entrusted to Cantrell Funeral Home in Kimball, NE.

Anthony Charles Coffey, Jr. was born in Gothenburg, Nebraska on July 13, 1985, the son of Anthony and Deborah (Dunmire) Coffey. He moved to Scottsbluff with his family in 1990 and attended school in Scottsbluff. He graduated from Kimball High School in 2003.

Following graduation, he worked with his dad running Tri-State Sprinkler Systems, LLC. TJ then moved to Alliance and worked for BNSF Railroad. Throughout his life he lived in several towns in Nebraska, Wyoming and Colorado.

He enjoyed spending time with his children, riding his motorcycle, making a trip to Sturgis last year. He liked mechanics and working on cars, his favorite automobile was a Jeep. He was employed at Aulick Industries at the time of his death, a job he truly enjoyed.

He was preceded in death by his maternal grandparents, Gary and Beverly Dunmire, his paternal grandfather, Charles Coffey, Uncle Gary Dean Dunmire and step-grandfather Donald Schmall.