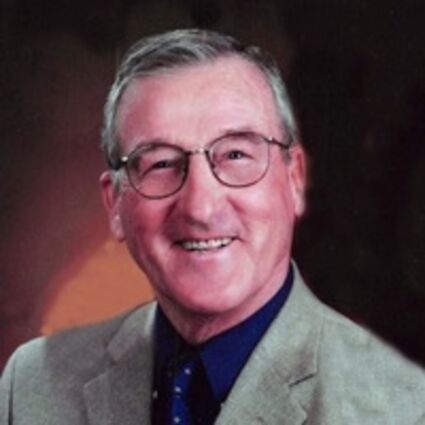 Frederick James Hurlbut, 96, of Lincoln, passed away May 11, 2022. He was born to William and Matilda Hurlbut in Waterloo, IA, the youngest of five children.

After graduating from Drake University, Fred worked for Iowa Home Mutual Casualty Insurance in Des Moines and was transferred to Lincoln where he met and married Jean Claire Leinberger.

He graduated from the University of Nebraska College of Law, was elected Kimball County Attorney, served as an Aide to Senator Roman Hruska in Washington, and practiced law in Kimball, NE, for many years.

He was preceded in death by his parents, brothers and sisters Clinton, Maxine Nie, Geraldyne Lawson, and Roy, son Daniel and daughter-in-law Cheri Peterson Hurlbut.

In lieu of flowers, memorials are suggested to the Center for People in Need or the Capital Humane Society.

Condolences can be emailed to http://www.bmlfh.com Butherus, Maser & Love Funeral Home will be handling the arrangements.