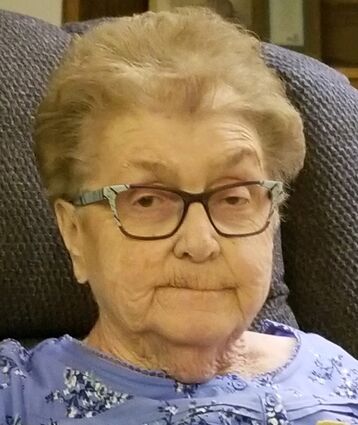 Judith A. LaMaster, 77, passed away in Pine Bluffs on April 22, 2022, surrounded by her family. A Celebration of Judith's Life will be held at 11:00 a.m. on Saturday, April 30, at the VFW Hall, 227 S. Chestnut St. in Kimball. Fond memories and expressions of sympathy may be shared at http://www.cantrellfh.com. Memorials may be made to the family, in care of Robin Volner. Cantrell Funeral Home is in charge of the arrangements.

Judith Ann LeMaster was born in Greeley, Colorado, on November 10, 1944, to Richard "Dick" and Dorothy (Myers) Smock. She grew up in the Grover area before marrying Kent Werner in 1961. They later divorced, and Judith married Lenny LaMaster in 1996. Throughout the years, she was member of the Moose Lodge in Pierce, Colorado, and worked various occupations in the area, including at local schools, the Baily Jeans Factory in Greeley, and eventually at GRI in Kimball. Judith loved working with her GRI co-workers for the last 17 years and considered them family. She will be remembered for making her special mints for any celebration available. She especially loved her family and many grandchildren, who meant the world to her.