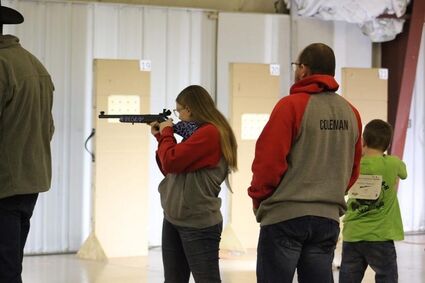 Anna Coleman was in fine form at State, placing first in both BB gun and in the kneeling position in her age group.

The kids were coached by parents and club leaders Larry and Nicole Snyder. The BB match was held on Saturday, with over 120 kids participating from across the state. The Air Riffle match was held on Sunday, with 54 sporter air rifle participants and 27 precision shooters.

In the BB Gun Division, Anna Coleman of the Dead Eyes had an outstanding day. She placed first overall in BB Gun w...