Colts & Fillies Learn A Bit About Bits And Bridles 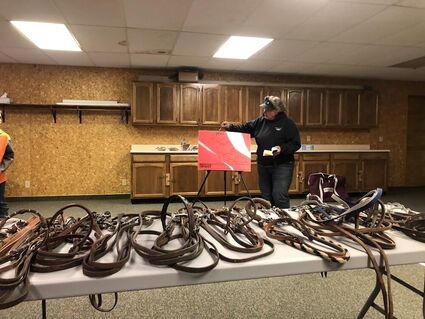 Colts and Fillies 4-H Club leader LaValla Reher explains grooming and clipping for the show to the members at the March 27 club meeting.

Going with the theme, Mia Varra and Austin West talked about leverage in bits and how it affects communicating with your horse. They also talked about what bits and related tack are accepted to show at the fair.

After that, club leader LaValla Reher talked about the quarter system in showmanship and halter classes and differences between some of the horse show classes at the fair.

Finally, the members consulted with LaValla about their bridles to see if they were up to the right standards to show with at the fair.

Remember, a golden bit doesn't make the horse any better.