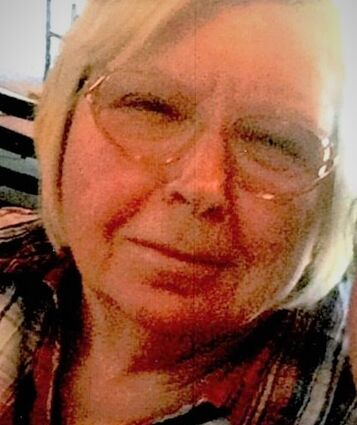 Sue Ann Shepherd, 77, of Dix died at her home on Monday, February 28, 2022. According to her wishes, cremation has taken place and a memorial service will be held on Saturday, March 12 at 10:00 a.m. at Cantrell Funeral Home in Kimball. Inurnment will follow the service at the Dix Cemetery.

Fond memories and expressions of sympathy made be shared at http://www.cantrellfh.com. Memorials may be made to St. Jude Children's Hospital or the Scottsbluff Humane Society. Cantrell Funeral Home is in charge of the arrangements.

Sue Ann Shepherd was born in Gothenberg, Nebraska, on May 4, 1944, to Charles John Lockhart and Phyllis Margaret Coon. She moved to Kimball about 1957 and married Gerald Eugene Shepherd on October 1, 1960, in Potter. They lived in Dix, where Sue Ann was a homemaker for several years, taking care of her family and helping on the farm.

Throughout the years, she sometimes worked outside the home, including at local restaurants, the Kimball County Manor as a CNA, and a social worker for Kimball County. She later worked for 20 years at Cabela's HR Department, retiring in 2010. In her free time, she was a very good artist and enjoyed crafting and painting. She especially loved riding horses, camping and fishing.